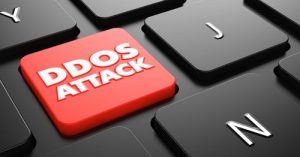 In this article, I would like to share some information about the DDoS attack or Distributed denial of service. It is a situation where a service ( like web service or mail service etc ) is not available for its legitimate users. There is a different type of DoS attack is happening but the most destructive one is DNS – based or DDoS attack by an open DNS resolver.

How to prevent DDoS attacks by open DNS resolver?

First, you need to confirm that your server is not open DNS resolver, you can check this with the help of the following command

or you can check it with the http://openresolver.com/ site.
If your server is an open DNS resolver then the above command will return a value like the following.

open your named.conf file and set recursion to no.

view “external” {
/* This view will contain zones you want to serve only to “external” clients
* that have addresses that are not on your directly attached LAN interface subnets:
*/
recursion no;
// you’d probably want to deny recursion to external clients, so you don’t
// end up providing free DNS service to all takers

Then save and restart named service.

You can mitigate the SYNflood attack by checking active connections established in your server.

The above command shows the number of SYN connections established in the server. If you found any IP as suspicious then you can block it in the server level with the help of iptables or csf

after that kill all the HTTP connection and restart httpd service